In this article Peter shares some interesting book recommendations when it comes to architectural illustration. Enjoy the article:

As architects, designers, drafters and bloggers, it is important that we constantly bombard ourselves with a wide variety of old and new visual communication techniques in order to stay on the frontier of design visualization. A strong concept or idea is nothing without the means to explain it to the lowest common denominator (as oftentimes your clients will be).

The following collection of books has stirred the pot in terms of what is possible in architectural representation and spatial diagramming. If you’re looking for tutorial, how-to, or ‘For Dummies’ reference manuals, you best leave here and hop on over to Amazon. While the technical side of the equation is certainly important, it is the strength in the idea that is the key to a successful design drawing. These are books I frequently look to when searching for inspiration when my creative juices alone aren’t enough to get the job done.

In no particular order… 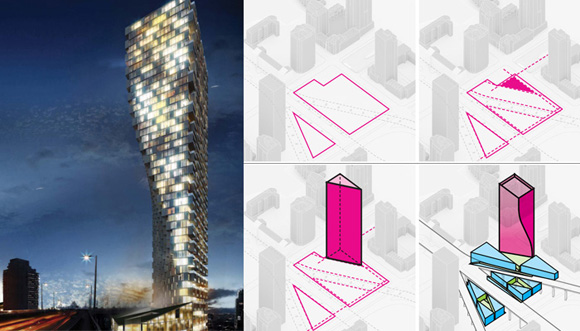 Bjarke Ingles Group is a Copenhagen based architecture firm that is on the front line of contemporary building design and visualization. Not only do they pump out mind-blowing, photo-realistic images of their conceptual ideas, they’ve achieved a level of diagrammatic clarity that makes their grandiose and complex proposals easy to digest. Take for example Vancouver House: an ambitious tower situated prominently at the gateway to Vancouver, B.C.’s urban core.

The beautiful renderings glorify the sweeping curvilinear facade of the towering skyscraper, but it’s in the simple, illustrative diagrams that true story behind the design is told. BIG are masters of designing a building according to a direct response to environmental and locational conditions. This book is a great example of how to craft a compelling and believable visual narrative. Look to this text when you’re having trouble conveying the method behind your madness.

2. Atlas of the Functional City – CIAM 4 and Comparative Urban Analysis 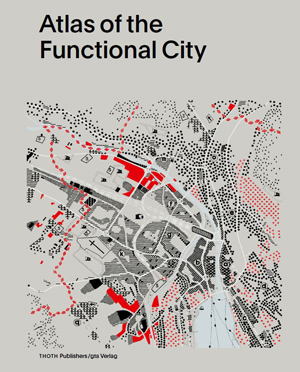 Maps provide information in a way similar to how any visual provides information. It’s a collection of data that is presented in a way that can be understood. More than that, a map is a tool that can be used to identify trends and solve problems. Atlas of the Functional City presents a variety of diagrammatic maps that explain data in unique visual representations. It’s an exercise in how to distil complex systems of transportation, zoning, population growth, etc. into instantly relatable infograms.

Even if you’ve never created a map, or never intend to create a map, or can’t even spell ‘map,’ much can be learned from the techniques on display in this one of a kind atlas. 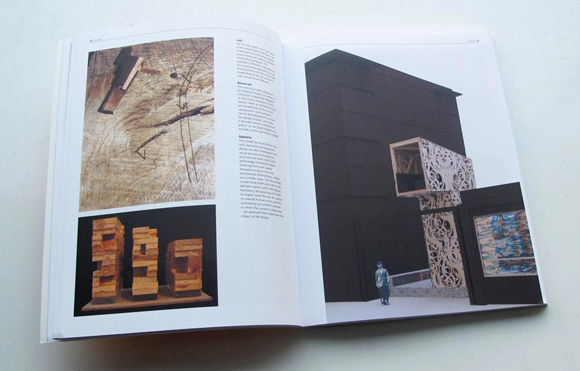 I understand that a book on model making doesn’t seem like it has a place on this list, but hear me out. It’s unfortunate that models are used less and less these days as a means of design communication, but I can understand why. They are costly, time-consuming, and there are a plethora of other digital tools at our fingertips that effectively do the same thing. But do they? Models are able to give the less design-savvy a more complete spatial representation of a concept or project. Oftentimes it is them that we are trying to impress most. It’s this writer and architects hope that they never go away.

All of that said, a lot can be learned from this book as far as how to present an idea. It holds value to those of us who don’t often find ourselves in the third dimension. Not to mention, the works presented on these pages are something to behold.

I’d be remiss if I didn’t mention something from Stephen Holl on this list. His legendary watercolors have inspired his designs to be predominantly about two things: light and color. In Scale, a collection of his conceptual paintings have been paired with the realized buildings that they eventually became. His ability to represent the richness of the idea in a single drawing is truly remarkable.

These days, designers are so worried about making their drawings look realistic, or contain some sought-after ‘wow’ factor that they forget what’s really important: conveying the idea. The key is to find what works for you. Discover your strengths and never lose sight of them. Holl has built an empire of master works based on this principle. 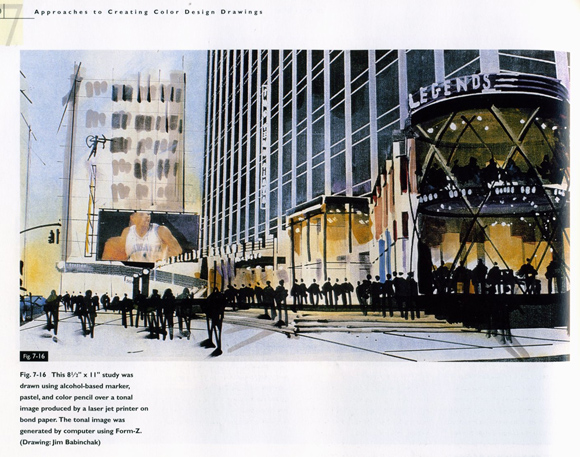 Old school. That’s really the only way to describe this beautiful collection of hand drawing tips, tricks and shortcuts. Outside of the old guard – who are hell bent on making sure we all know ‘things aren’t like they used to be – most of us shy away from relying on good ole pen and paper to produce believable design drawings. Much like model making, it’s incredible time consuming, and if you get something wrong it’s back to the starting block. No ctl+z option here.

It’s a shame though, because the proof of value in those types of drawings is on full display in this book. There is something romantic and nostalgic that are contained in these renderings that is simply lost in the digital world. The drawings are inherently less robotic and lend themselves to inhibiting a much warmer reaction out of the viewer. 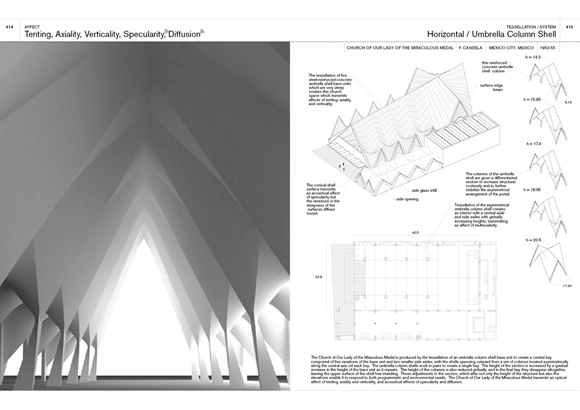 The Function of Form takes a journey through the process of creating form and space as a direct response to function. This is, by far, the most technically rounded book on this list, using mathematical and scientific method to deduce the correct response given a set of criteria. It’s interesting to see how this process unfolds through experimental technical drawings and diagrams. The theory here is: if you ask the right questions the solution will answer itself.

I find value in these types of drawings because, unlike Holl’s watercolors and some of the more touchy-feely concepts I’ve given nods to, this approach to design communication is grounded in physical, social, and economic law. It’s important to understand this extreme in order to find the correct balance of real and imaginary in your own work.

Here is another book that harkens back to the days when keyboards didn’t exist and a mouse was still a furry little rodent with an affinity for cheese. Kahn’s genius as an architect stems from his ability to modulate space according to serve and service spaces. There is a hierarchy in his designs that is portrayed as clearly in his conceptual and construction drawings as it is in the buildings themselves.

It doesn’t take Leonardo Di Vinci to convince us that compositional hierarchy is one of the cornerstones of an effective design. We can all learn from how effortlessly Kahn wields this tool, and how it can make important what you mean to make important. Having a strong sense of primary, secondary, and tertiary elements allow your idea to be presented with an uncompromising cohesiveness.